The 5 Most Relaxing Spots to Check Out in India 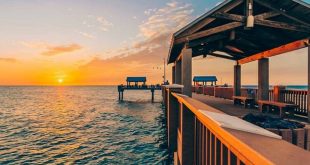 A destination spot for the adventurous and for people

Get ready for adventure when you plan your next vacation

Where it is exactly you want to go this year

India is the 7th largest country in the world. It is also one of the most culturally diverse! This Southeast Asian country is beloved by tourists for the fabulous landscapes, amazing food, and unique culture. Although India is the second most populous country in the world, the country boasts of surprisingly tranquil attractions! In today’s post, we are listing down 5 spots in India that will give you a deep sense of serenity:

Nubra is a tri-armed valley located in the northeast of Ladakh valley. In ancient times, the Nubra valley is known as the “the valley of flowers.” Featuring a stunning view of the Ladakh’s mountainous region, Nubra valley is one of the most tranquil spots in India. The region is used as a pastureland. Because it is remote, the terrains are only accessible by motorcycle. You can expect meadows filled with colorful blooms, picturesque natural landscapes, and friendly locals when you visit Nubra valley. However, do note that if you are staying in Nubra, you need to secure a permit.

Kerala is located in south India near the Malabar Coast. This beautiful state used to be one of India’s major spice sources. Kerala lies between the Lakshadweep Sea and the Western Ghats. The state is also divided into 3 different regions: the eastern highlands, the central midlands, and the western lowlands.

The Coorg state used to be a part of the C state in the Union of India between 1950 and 1956. But after changing government heads, the Coorg state was merged with Mysore State and later renamed as Karnataka. The Coorg state is India’s central coffee source. Blessed with rich soil and cool climate, dozens of coffee plantations, orange groves, and spice farms dot this tranquil region. Coorg state features a gorgeous stretch of mountainous terrain thick with fruit bearing trees and local spices including cardamom, turmeric, pepper and so much more.

Khajjiar is a remote hill station located in Himachal Pradesh, India. The region sits on a verdant plateau that is about 6,500 feet above sea level. Dubbed as the “mini Switzerland of India,” this hilly region is a peaceful paradise with loads of charming retreats for weary travelers! Khajjiar features several lakes, forests, and pasturelands. And because of the remoteness, the natural landscapes remain untouched for centuries! Khajjiar makes a relaxing spot for tourists who love to get close to nature and exploring the great outdoors.

Previous What are the Best Eco-Tourist Spots in Borneo?
Next The Best Trekking Routes in Nepal

In Las Vegas is a lot of entertainment. The whole city is built around the …