The Luxury of Lanzarote 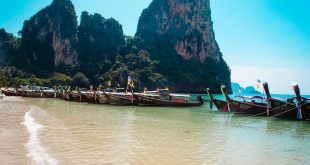 India – The Best Country to Enjoy a Beach Tour

How to choose the best Men’s Wetsuit

Lanzarote, the Easternmost of the Canary Islands (an island chain), is about 125 kilometers away from the coast of Mainland Africa, covers almost 846 square kilometers and has a population of almost 140,00 (of which approximately 7% are expatriate Brits and Irish). It is an autonomous part of the country of Spain, who has retained control of the area since Christopher Columbus’ era, when they conquered the original inhabitants of the islands, known as the Guanches peoples. The island is home to an international airport and a few ports, with ferry services from the other Canary Islands. The entire region was formed by volcanoes, and Lanzarote is no exception. In fact, of its 213 km of coastline, only about 27 km total do not consist of rocky ground.

This does not mean the island is devoid of beauty, though. César Manrique, a native artist and visionary, realized the potential Lanzarote possessed as a possible tourist location, and was instrumental in helping to plan and design tourist attractions on the island in the ’60s and ’70s, with seven sites still up and running. He was vehemently opposed to the practice of luxury high-rise construction, especially on the coastline. Even though he passed away tragically in a car crash in 1992, a foundation set up in his name continues his vision to this day.

A highlight of any visit to the islands is sure to be the Verdes Caves, a natural lava tube within the Monumento Natural del Malpaís de La Corona. It is said that the original inhabitants of the island used the created caves to hide from pirates and slavers. Created by lava flows about 3,000 years ago, one portion (the Tunnel of Atlantis) is the longest continuous underwater tube in the world, and runs for 6 km above and 1.5 km below sea level. The above ground sections were converted into tourist attractions in the 1960’s, with about 2 km open for visitors, not to mention the concert hall constructed near the entrance (holding room for 500 guests). Multiple colored lights have been brought into the caves, making this a must see attraction.

One of the newest towns on the island, Playa Blanca, is the southernmost town on the island, and only an easy 40 minute drive from the airport and is also served by ferries from its closest neighbor, Fuerteventura. The beach areas in the area contain three smaller bays which make up the larger, 9km bay surrounding the town, and are perfect for both sunbathing and swimming. In fact, all kinds of water activities can be done in the area, including parasailing, pedal boats and other rental crafts. A lagoon, 20 minutes’ drive north of the town called Lago Verde, is a beautiful green color and was created in the crater of a volcano, with its beaches made up of both black pebbles and finer crushed sand, as well as crushed bits of the semi-precious mineral olivine. There are a few areas set up for shoppers, and those interested in evening activities can find them in the many bars, restaurants and hotels in the town.

Forget Winter Get to the Beach Now !